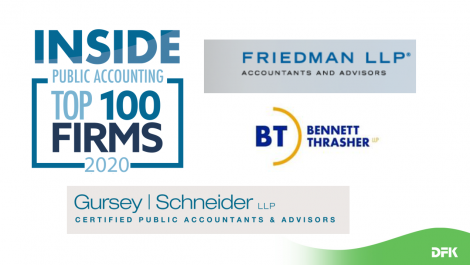 Twenty member firms of DFK USA are among the top 400 in the US, according to a latest ranking.

The firms have made it onto the IPA 400 which ranks the largest public accounting firms in the US based on the participating firms’ net revenues, from the multi-billion dollar Big 4 to the $5 million firm.

EEPB, Bader Martin and Pisenti Brinker are listed in the Top 300.

Maureen Dillmore, executive director of DFK USA, said: “This is an incredible accomplishment for not only the individual firms, but also for the association as we are proud to attract and retain such high-quality firms.”